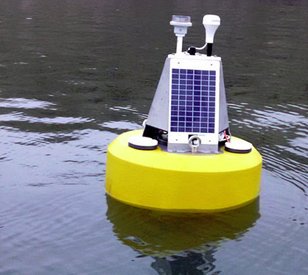 The Snake River flows through parts of Washington and Idaho and is an important lane for transportation and shipping goods in the Pacific Northwest. But, over time, its value is impacted by sediment buildup that slows transportation down.

The U.S. Army Corps of Engineers, charged with providing safe and reliable means of transportation throughout the United States’ many important channels and waterways, typically steps in to dredge the river when sediment levels get too high. Key to successful dredging projects is monitoring turbidity levels to make sure that fish and other aquatic life aren’t adversely affected by operations. The Walla Walla District of the U.S. Army Corps of Engineers oversees the maintenance of Snake River.

As part of a recent dredging project, Northern Resource Consulting was contracted to monitor the waterway’s turbidity while excess sediment was cleared. Engineers at NRC worked with NexSens Technology to outfit dredge turbidity monitoring areas with buoys and sondes for tracking water clarity. The equipment let engineers watch fluctuations of turbidity and avoid operational stoppages by providing data needed for adjusting dredgers in real time to keep turbidity levels below government-mandated limits. 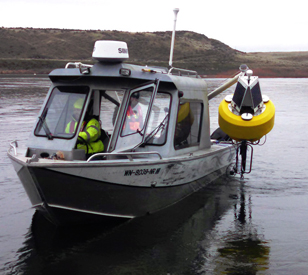 NexSens Technology CB-450 Data Buoys were the ideal choice for the dredge turbidity monitoring application because they are designed for deployment in inland lakes and waterways. This is because they are small enough to be deployed from many small boats, while substantial enough to withstand the wave action encountered on inland water bodies. Standard integrated solar panels on each NexSens CB-450 also provided steady power needed to run the complex monitoring equipment used.

Sensors used throughout the dredging project include YSI EXO2 Multi-Parameter Water Quality Sondes that tracked the Snake River’s temperature, conductivity and turbidity with optical technology. Two sondes were deployed on each buoy, giving project managers two sets of turbidity data for comparison. Also mounted to each buoy was a Garmin 19x HVS GPS Receiver that reported the exact location of each monitoring platform in real time, important because tracking turbidity is required at specified distances upstream and downstream of dredging. Lastly, each buoy had an onboard sonar depth sensor that allowed project engineers to keep track of the Snake River’s water levels, which can impact turbidity.

All of the buoys were equipped with NexSens Technology Buoy Data Loggers. Cellular or radio telemetry was used depending on the availability of cellular signals along the Snake River. Loggers that reported findings via cellular sent data directly through the internet to project managers. Those equipped with radio telemetry communicated with a land-based NexSens Technology Radio-to-Ethernet Telemetry System that received data through radio waves and transmitted them through an ethernet network. All data synced through the internet and were displayed on a computer running NexSens iChart software at intervals deemed important for project success. 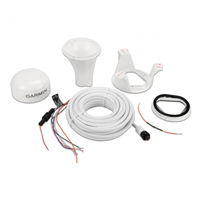