Historically, concentrations of dissolved oxygen (DO) were measured using traditional methods: the Winkler titration method or the colorimetric technique. Both of these techniques still work, but today’s modern techniques for measuring DO are easier to use, faster, and more accurate.

The most commonly seen techniques today include optical and electrochemical dissolved oxygen sensors. These DO sensors might be attached to meters for laboratory applications or spot sampling and data loggers for deployment in the field. In this post, we’ll discuss measuring dissolved oxygen using sensors, how optical and electrochemical DO sensors work, and how to decide which technique is best for your application.

Sensors can measure dissolved oxygen either in the field or lab. DO sensors are sometimes designed specifically for their intended use, whether it’s for long-term monitoring, BOD tests or spot sampling.
Of course, without recording the data a DO sensor is measuring, there’s not much use in the sensor being there. Record data from a DO sensor’s measuring activities with a DO meter, data logging system, or water quality sonde.

Pressure, salinity, and temperature can all affect dissolved oxygen concentrations. For this reason, it’s important to account for these parameters when measuring DO. Many compensations can be achieved automatically with data logging software or a dissolved oxygen meter. (This presupposes accurate calibration and good maintenance procedures, so be sure to reference an instruction manual during these processes.)

An internal barometer is standard to many dissolved oxygen meters, and it’s fairly straightforward to customize a data logging system with a water level sensor or an external barometer that measures pressure. It’s also possible to manually enter barometric pressure. When it comes to salinity, you can add a salinity sensor or a conductivity sensor to your system to measure it and then automatically compensate for it. Typically, a thermistor within the sensor measures temperature and automatically passes that data on to the meter or data logger.

Optical dissolved oxygen sensors measure how oxygen and luminescent dyes interact in the presence of blue light. The light excites the dyes, causing them to emit light. However, oxygen molecules interact with the dyes when DO is present, which alters or limits the wavelengths of the emitted light.

There is an inverse relationship between the effect measured this way and the partial dissolved oxygen pressure. More precisely, expressed by the Stern-Volmer equation, the concentration of DO, measured by its partial pressure, is inversely proportional to luminescence lifetime.

Four elements comprise an optical dissolved oxygen sensor: a blue light-emitting diode (LED), a sensing element, a semi-permeable membrane, and a photodetector. The luminescent dye is typically held immobile in xerogel, sol-gel or another matrix in the sensing element. Some sensors also have a red LED so they can ensure accuracy with a red light reference that the dye will merely reflect.

Furthermore, due to their minimal maintenance requirements, optical dissolved oxygen sensors are perfect for long-term monitoring programs. They show little calibration drift, holding a calibration for multiple months. They can also take measurements without any stirring or time for warming up. Sensor membrane replacement is less frequent in optical sensors, as well.

On the other hand, it takes more power to run optical dissolved oxygen sensors, and they generally require a two to four times longer period to provide you with results than do their electrochemical cousins. Temperature also has a significant impact on these sensors, as both luminescence lifetime and intensity depend on it. However, most optical DO sensors use a thermistor which automatically adjusts for temperature and corrects the data.

The bottom line: for a long-term monitoring project with a reliable power source, especially in remote areas that are difficult to service, an optical dissolved oxygen sensor is often the best bet.

Depending on how high the oxygen pressure in the water is, the dissolved oxygen moves past the membrane at a proportional speed. When it reaches the cathode, the oxygen is then consumed, creating an electrical current that relates directly to the concentration of oxygen. Finally, the current reaches the anode, at a rate that’s proportionate to the sample’s partial pressure of oxygen.

Electrochemical sensors can be tricky in still water or the laboratory, where DO sensors must be stirred in solution to avoid artificially low measurements of DO under no-flow scenarios. To avoid this issue, simply stir electrochemical DO sensors in the sample until the DO levels stop increasing.

Both types of polarographic DO sensor consist of a cathode made of a metal in the “noble” category such as platinum or gold, and a silver anode, both in a solution of potassium chloride. Other than that, they work similarly to the way other electrochemical sensors function.

Polarographic DO sensors have both advantages and disadvantages. Their benefits include being very cost-effective, and offering a fast response time once they’re in action. In terms of disadvantages go, this kind of sensor requires some warm-up time before it can give a reading—usually from five to 60 minutes. They also require frequent maintenance, especially since the anode’s coating can become oxidized, degrading its performance.

The bottom line: for projects on a shoestring budget that need a response time where warm-up time is available, this is the best kind of sensor.

Whereas the anode on other types of electrochemical DO sensors is usually silver, on a galvanic dissolved oxygen sensor it is typically lead, zinc, or some other active metal. The cathode remains a noble metal, and the electrolyte solution remains an inert electrolyte. The galvanic DO sensor’s electrochemical reaction is very similar to that of the polarographic DO sensor, but its dissimilar electrodes self-polarize and its cathode remains inert.

The bottom line: This kind of sensor offers the zero warm-up time of the optical sensor with the lower cost and fast response time of the electrochemical variety, although it also requires frequent maintenance.

There is certainly more than one way to conduct dissolved oxygen analysis with precision. However, the latest technologies make it faster and simpler than ever before and allow for more applications than you might realize. Find out more about measuring dissolved oxygen here, or contact our team about selecting the right DO sensors for your applications. 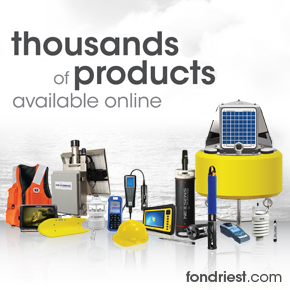