Monitoring and understanding water quality parameters is an essential part of protecting environmental health. Poor water quality affects aquatic flora and fauna, and the health of the entire surrounding ecosystem.

Biological, chemical, and physical parameters can all affect water quality in the environment. Biological properties of water include phytoplankton and algae. Chemical indicators of water quality include dissolved oxygen and pH. Physical characteristics include turbidity and temperature. These water quality parameters are critical to understanding industrial and groundwater processes as well as surface water studies of lakes, rivers, and oceans.

In part one, we’ll discuss understanding water quality parameters, cover why each is important, and explore why these parameters vary naturally and influence water quality.

Chlorophyll is a pigment found in algae, phytoplankton, and plants. It is used as a photoreceptor in photosynthesis to absorb energy from sunlight, specifically. Chlorophyll reflects wavelengths of light that are green, making algae and plants appear green themselves.

Chlorophyll absorbs both blue and red light strongly, enabling phytoplankton such as cyanobacteria to survive and even thrive where sunlight is scarce. However, more particles and sediment suspended in water—or higher levels of turbidity—reduce the amount of light that penetrates into deeper water. This, in turn, decreases photosynthetic production and makes photosynthesis more common at the surface of the water.

It is important to monitor for chlorophyll because phytoplankton are a key facet of water quality. Cyanobacteria and algae support aquatic organisms, providing food and oxygen. Imbalanced levels of phytoplankton, along with sufficient nutrients, can trigger algal blooms, fish kills, red tides, and other serious problems.

For a more detailed look at algae, phytoplankton, and chlorophyll, see our guide.

Dissolved oxygen (DO) means how much non-compound, free oxygen exists in water. Because of its importance to aquatic life including bacteria, fish, invertebrates, and plants, it is a core water quality parameter. Free or non-compound oxygen (O2) is oxygen that is not bonded with any other elements. DO is simply O2 molecules in water.

Water receives oxygen as a plant byproduct or through the air. Algae, phytoplankton, seaweed, and other aquatic plants produce oxygen as a waste product during photosynthesis. The DO levels from this process drop at night after peaking during daylight hours since aquatic photosynthesis is light-dependent. Oxygen also slowly diffuses into the surface of the water from the surrounding air and quickly blends in through natural or man-made aeration (such as a waterfall or a dam, respectively).

However, microbial decomposition and the respiration of aquatic organisms can drive DO below 100% in deeper waters, where the photosynthesis and wave action of the surface waters fail to penetrate. This depth level is the thermocline, an invisible boundary below which water temperature, oftentimes along with other parameters, begin to decline.

There are serious consequences to dissolved oxygen concentrations that are too low. Below known levels, fish mortality rises. Freshwater fish are especially sensitive, and some species such as trout and salmon can’t reproduce at levels below 5 to 6 mg/L. Some forms of coastal fish avoid entire regions where DO is below 3.5 mg/L in the ocean, with even invertebrates and benthic organisms struggling in these “dead zones” once DO levels drop below 1 mg/L.

To read more about dissolved oxygen, find our guide here.

Conductivity reflects how capable water is of passing electrical flow. It is directly related to ion concentration from electrolytes—dissolved compounds such as salts and inorganic materials including alkalis, carbonate compounds, chlorides, and sulfides. Higher conductivity means more ions are present in the water—although the charge of the water remains electrically neutral regardless. Deionized or distilled water has low or negligible conductivity and can act as an insulator. In contrast, ocean water has a very high conductivity.

Salinity means total dissolved salt concentration in water. Because salts are electrolytes, there is a close relationship between conductivity and salinity. Complete chemical analysis can measure salinity, but this is time consuming, difficult, and can be costly. Instead, it is more common to derive practical salinity from a conductivity measurement.

Summing up all ion particles that measure less than 0.0002 centimeters or 2 microns provides you with total dissolved solids (TDS). This includes all dissolved organic matter as well as all of the disassociated electrolytes of the complex salinity concentration, along with other compounds. In relatively clean water, TDS and salinity are approximately equal. However, in more polluted areas and wastewater, TDS can include urea, hydrocarbons, and other organic solutes along with salt ions.

Freshwater should have 2,000 mg/L TDS at the very most. TDS levels that are too high can cause toxic effects in fish, depending on the ionic properties. Dissolved solids also impact the ability organisms have to move within the water column and expand their range because they are central to balancing cell density. TDS often indicates a high hardness or alkalinity, and can also affect water taste.

Conductivity, and specific conductance, in particular, is among the most commonly measured and useful water quality parameters. It is an early warning system for most water body systems and forms the basis for TDS and salinity calculations. Conductivity is simpler to measure than is salinity, and they are both strongly correlated and important to water quality.

Finally, a rising salinity level reduces the concentration of dissolved oxygen in the water, so freshwater and seawater at the same temperature will have different DO levels.

Return for part 2, where we discuss pH, temperature and turbidity and the effects they have on water quality. To read more on conductivity and related water quality parameters, see this guide. 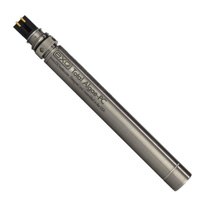 The YSI EXO total algae sensor is a digital smart sensor for helping monitor, mitigate, and manage the impacts of harmful algal blooms. 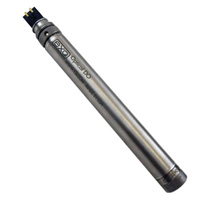 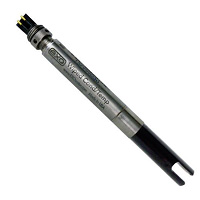 The EXO wiped conductivity & temperature sensor is designed for the EXO2 sonde with central wiper to reduce cleaning requirements in unattended deployments.