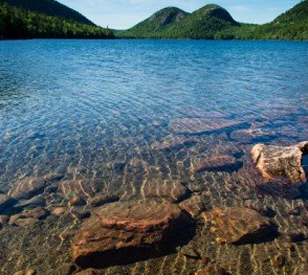 Jordan Pond is one of the most transparent lakes in Maine, but the water body has seen cloudier waters in recent years. Clarity declines began back in the 1990s and the drops appeared to accelerate, with monitoring by the National Park Service charting a 2-meter drop in Secchi disk readings there from 1999 to 2014.

Several hypotheses were put forth for the lake’s clarity loss. And scientists suspected that decreases in acid rainfall from Clean Air Act regulations were involved. As less acid was deposited, they believed, the ionic strength of soils in the surrounding watershed went down, which could have contributed to rising levels of dissolved organic matter. Researchers also surmised that more frequent and intense rain storms in the region could have contributed to the uptick.

To learn more about the lake’s changes, the University of Maine, Acadia National Park, and the non-profit Friends of Acadia group launched a data buoy equipped with a suite of sensors for monitoring conductivity, pH, dissolved oxygen, blue-green algae, photosynthetically active radiation, temperature and chlorophyll. Canon U.S.A. provided funding for the effort. 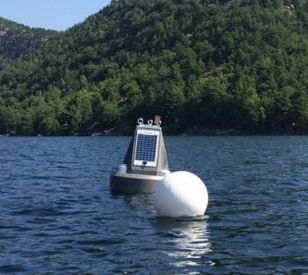 Investigators chose a NexSens Technology CB-400 data buoy for the application because it was ideal for their inland lake deployment site. Designed with a durable construction, CB-400 buoys come with sensor deployment wells, steel cage and solar panels for long-term monitoring projects.

An fDOM (fluorescent dissolved organic matter) probe deployed on a YSI EXO2 Water Quality Sonde helped scientists dissect Jordan Pond’s clarity. Other sensors, like Total Algae, pH, Optical Dissolved Oxygen and Temperature/Conductivity let them take their analysis further. All of those were cleaned during the monitoring period by the EXO2’s central wiper, aiding in data quality and sensor performance.

Measurements on weather and solar radiation were taken with a Vaisala WXT520 Multi-Parameter Weather Sensor and LI-COR LI-190 PAR Sensor. The Jordan Pond buoy also supported NexSens’ Fast-Response Thermistors deployed in a string to track temperature changes below the surface.

Data were logged by a NexSens SDL500R Submersible Data Logger housed within the buoy itself and then transmitted wirelessly to shore via radio telemetry. A NexSens radio base station there received the data and then sent it to researchers through phone lines, who viewed figures on their lab computers as they came in every 15 minutes. Data were also posted online to a public website so that visitors to the park, most of which come to see Jordan Pond, could see the changing water conditions and help spur future protection of the lake. 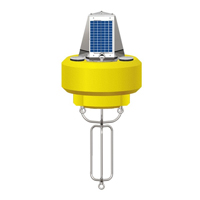 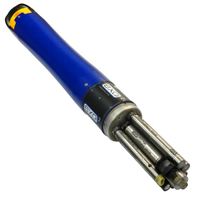 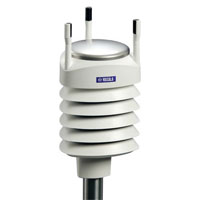 The Vaisala WXT520 multi-parameter weather sensor is a compact and lightweight multi-sensor instrument that measures the most essential weather parameters. 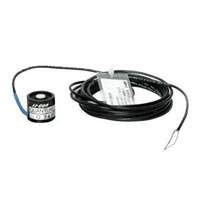 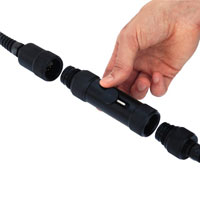