Friends of the Lake 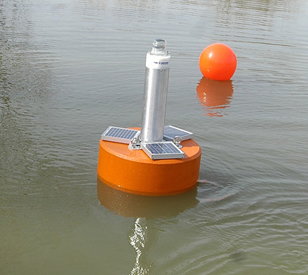 Connecticut’s second largest lake, Lake Lillinonah, is a eutrophic water body that has been suffering from algal blooms in recent years. What’s more, it has a troubling pollution problem that includes everything from refrigerators to propane tanks to entire cars.

To get at the algae issue and study the lake for future preservation, volunteers with Friends of the Lake, a conservation group, launched a monitoring buoy on the water body in 2011. Much of the effort was overseen by scientists at Fairfield University who have worked with the group on other monitoring projects.

What triggers the blooms isn’t clear, with researchers hypothesizing that they could be a symptom of excess nutrient loads from the area’s wastewater treatment plants. Another possibility is the way that the water body mixes. Depending on how the lake’s warm and cool waters interact, algae could be flushed out of the system or sent upward toward its surface with extra heft. 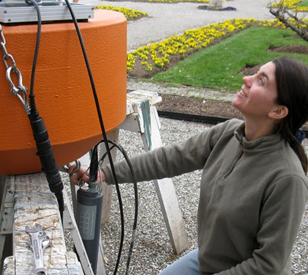 The simple system relies on a small buoy that is deployable by just one person – a NexSens MB-300 (now the CB-450). Designed with small lakes and rivers in mind, the MB-300 was the best choice for Lake Lillinonah’s calm waters. Fitted with solar panels, the buoy also provided a steady supply of power for the environmental sensors integrated into the rest of the platform.

Much of the power went to a NexSens SDL (submersible data logger) housed securely in the buoy’s instrument well. It powers and communicates with sensors deployed beneath the platform, as well as transmits information back to researchers at Fairfield University who monitor it in real time.

A NexSens T-Node Thermistor String hangs below the buoy and records changes to Lake Lillinonah’s layers, or strata, in a profile. This clues scientists in to moves that each stratum makes and helps them predict if a turnover is imminent. Alongside the thermistors are an In-Situ RDO PRO Optical Dissolved Oxygen Sensor and a YSI 6600 V2-4 Multi-Parameter Water Quality Sonde.

One of the major effects of a sudden algal bloom is a drop in dissolved oxygen levels as algae growth robs the rest of the lake and its organisms of the DO they need. With a DO sensor, it’s possible to track those changes while the YSI sonde simultaneously collects data on the effects to water quality. It provides scientists snapshots of Lake Lillinonah’s conductivity, pH, turbidity and other parameters that can change with the onset of a bloom.

You can view lake data collected and shared by Friends of Lake, here  LIVE DATA