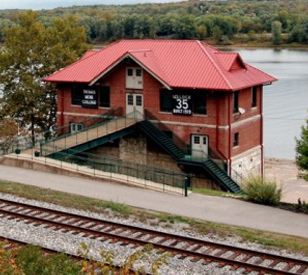 With its position along the Ohio River, the Thomas More College Biology Field Station is in a prime spot to advance education and research on the waterway. Some of the things under study there include fathead minnows and Asiatic clams, as well as the river’s toxicity.

Key to advancing scientific education at the field station is communicating science in interesting and relatable ways. That’s why officials there decided to install a flat-screen television in the main entrance to better connect with the many students and visitors it receives each year. The large-screen TV was set up to display data collected by new meteorological equipment installed on a footbridge connected to the field station, as well as findings from multi-parameter water quality sondes in the station’s fish tanks and the Ohio River.

Scientists at the field station say that communicating the data visually encourages dialogue about the river’s water quality and weather. In addition, displaying the data in such a prominent area helps to recruit youngsters who visit into scientific fields at early ages.

Water quality data for all 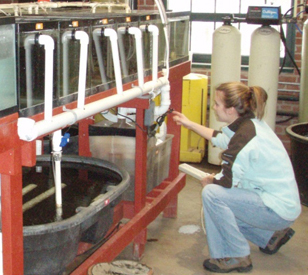 Mounted to the railing of a footbridge outside the field station is a Vaisala WXT520 Multi-Parameter Weather Sensor that collects data on air temperature, relative humidity, wind speed and direction and precipitation. Attached nearby to a sensor mounting arm is a LI-COR LI-200 Solar Radiation Sensor that measures the sun’s radiant energy, or sunlight. These weather metrics are useful because they often correlate with changes in water quality, such as temperature fluctuations caused by increased runoff due to rainfall.

Inside the field station are two sondes. One YSI Multi-Parameter Water Quality Sonde sits in a fish tank where fathead minnows are raised. It collects information on dissolved oxygen, temperature, conductivity and pH, all important parameters for the fishes’ health. Another YSI Multi-Parameter Water Quality Sonde is deployed in a tank filled with river water that holds Asiatic clams. This sonde collects measurements relating to the quality of Ohio River water.

Conditions in the clam tank are reported daily to the U.S. Army Corps of Engineers, which uses them, as well as the clams’ responses to changing water quality conditions, to judge the Ohio River’s toxicity. Normally, the clams remain open, but scientists know to look deeper if they close their shells.

All of the sensors communicate with a NexSens iSIC Data Logger installed beside the minnow fish tank. This logger coordinates with a computer nearby running NexSens iChart software that processes findings into graphical views and then displays them on the flatscreen television near the entrance. Data are also shared with the general public through an applet on the field station’s website. 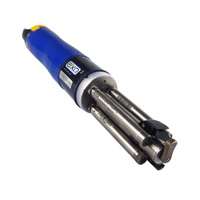