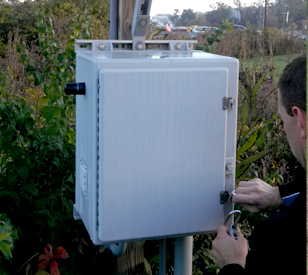 The western basin of Lake Erie gets a lot of attention thanks to its role in large algal blooms, but it is not the only part of the lake affected by nutrient runoff. And there are organizations all around Lake Erie that work to manage runoff going into different basins of the lake.

One of those is the Northeast Ohio Regional Sewer District, which maintains multiple water quality monitoring stations along creeks and rivers that flow into Lake Erie’s waters near Cleveland. These waters cover mostly the lake’s central basin.

Though Erie’s central basin is deeper than the western one and not as prone to harmful algae, tracking nutrients there are still important for mitigating total nutrients that make their way into the lake. Even though there might not be large-scale blooms in the central basin, nutrients that enter there could contribute to blooms elsewhere.

Project managers with the Northeast Ohio Regional Sewer District worked with NexSens Technology to source equipment for a monitoring site along one Lake Erie tributary that they work on. It joined other similar stations using NexSens gear that are set up throughout the district along Rocky River, Big Creek and West Creek. 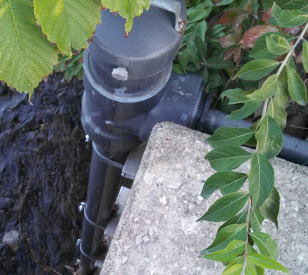 A NexSens Data Loggers were chosen for the Lake Erie tributary monitoring site because adding it and its data to the network would be easy. In addition, the logger comes with integrated cellular telemetry that is reliable for data transmission in the area.

The logger is stationed in a spot near to the stream of interest and powered by solar panels. Connected to the logger is a YSI EXO2 Multi-Parameter Water Quality Sonde that is deployed in the stream and equipped with sensors for measuring water temperature, conductivity, pH, turbidity and total algae.

Measurements from the sonde are recorded by the data logger at project-defined intervals. The data are then transmitted via cellular network to project managers at the Northeast Ohio Regional Sewer District who view them in real time through the NexSens WQData LIVE web datacenter.