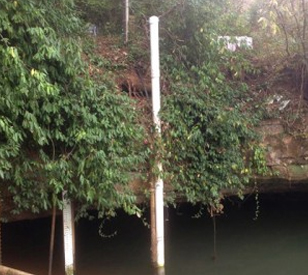 Because of its location in a karst region that is marked by the presence of sinkholes, springs, caves and underground streams, the city of Bowling Green, Kentucky, faces challenges when it comes to managing its stormwater resources. In response to those challenges and to help make managing the resources easier, scientists at Western Kentucky University, in partnership with and financial support from the City of Bowling Green, outfitted a section of the Lost River Rise with water quality and groundwater monitoring equipment in 2014.

Since the Lost River Rise is the primary output for one of the large karst groundwater systems running beneath Bowling Green, it is an important location to study both for those who rely on its water and scientists interested in how it responds to heavy storm events. Researchers with the university are specifically interested in how much water it discharges during storms, as well as the levels of contaminants, like road salt, it contains.

In addition, the monitoring helps inform the UnderBG Karst Groundwater awareness campaign that brings together experts at the City of Bowling Green with others at Western Kentucky to educate Bowling Green residents about groundwater resources beneath the city. After teaching them about the issues, campaign organizers ask citizens to pledge to protect and conserve the karst groundwater sources. 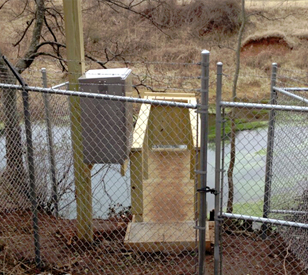 To gauge how water from the Lost River Rise responds to large storm events, scientists deployed a YSI EXO2 Multi-Parameter Water Quality Sonde within a deployment pipe stretching into the rise. The pipe helps to keep the sonde secure from outside interference from weather or vandalism while it collects data on pH, water temperature, turbidity, depth and specific conductance every 10 minutes.

Parameter levels are recorded by a NexSens 3100-iSIC Cellular Data Logger that sits on a ledge above the rise. It is equipped with telemetry that allows for real-time data transmission to scientists and students at Western Kentucky University who view it using NexSens iChart software.

The groundwater monitoring project is ongoing, but has already revealed new insights into how the karst system responds to storm events. Scientists have recorded a dynamic and variable response to storm events in terms of response duration as well as contaminant loading.

As work progresses, a smartphone app is planned to be launched to communicate findings to Bowling Green community members. A public website to show the real-time data collected from Lost River Rise is also in development. 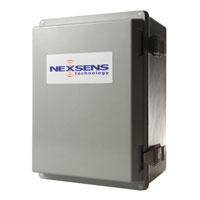