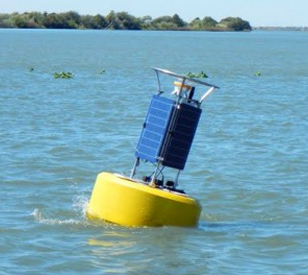 In 2010, a design for the Liberty Island Restoration Project was completed and implemented, creating open water channels, emergent tidal marsh lands and floodplain habitats to sustain water fluctuations. The work was done in an effort to help wildlife living in the California Delta as well as fish species including delta smelt and Chinook salmon.

But beyond just putting new marshes in place, it was important for those working on the restoration to confirm that all the work was making a difference. Doing something like that involves monitoring conditions around the area to see how its water quality and habitats are improving.

Researchers at the U.S. Geological Survey’s California Water Science Center help in those monitoring efforts and oversee a network of data logging devices that cover the delta. It relies on a number of continuous monitoring stations that gather data on the area’s water quality, and has been collecting data for the last few years.

Contributing to an ongoing effort

In 2014, crews with the USGS added a new dimension to the effort by sourcing a NexSens CB-950 Data Buoy. The platform is deployed at the mouth of Liberty Island in the Cache Slough Complex in the northern portion of the Sacramento-San Joaquin Delta. 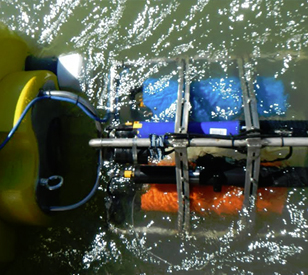 The CB-950 data buoy has a larger footprint than other models, giving it the stability to manage deployment in the delta’s unpredictable conditions. It also supports data logging equipment within its instrument well that records measurements from attached sensors as well as solar panels above for power.

Deployed beneath the platform and secured in an instrument cage is a YSI EXO2 Water Quality Sonde that logs data for a number of water quality parameters. These include temperature, conductivity, pH, dissolved oxygen, turbidity, fluorescent dissolved organic matter and chlorophyll-a. Data on nitrate, phosphate, ammonium and blue-green algae are also tracked, as they help USGS scientists better understand the drivers of the aquatic ecosystem and its food web.

All of the data gathered on the delta’s health are transmitted to managers at the USGS via remote telemetry. From there, they are posted on the agency’s website for easy public access. 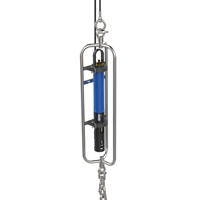