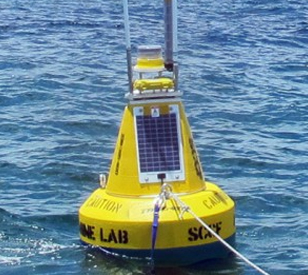 Sanibel and Captiva Islands sit near the Gulf Coast in Southwest Florida and are some of the last stops for water flowing from Lake Okeechobee through the Caloosahatchee River and to the Gulf of Mexico.

The region has dealt with die-offs of snook, a sought-after game fish, because of temperature fluctuations in the water. Other marine life has suffered from the temperature swings as well, as turtles there have been found stunned by the cold.

To keep tabs on temperatures and other water quality indicators there, scientists at the Sanibel-Captiva Conservation Foundation Marine Laboratory oversee an estuary observation network that collects data in real time. By observing changes as they happen, the researchers can make appropriate and timely recommendations to the U.S. Army Corps of Engineers, which controls water releases from dams upstream.

Aiding the Army Corps of Engineers 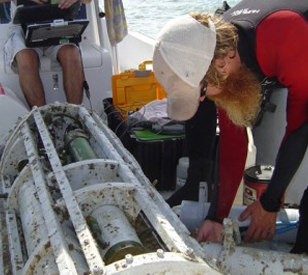 The estuary observation network that the Sanibel-Captiva Conservation Foundation oversees is quite extensive and includes seven monitoring stations in waters around the islands. They help scientists track environmental changes to habitats, food webs and important areas near the Gulf.

To better the network’s coverage, the foundation added a NexSens Technology CB-series Data Buoy in 2013. Using equipment on hand, researchers deployed it nearly 3 miles west of the Blind Pass in the Gulf of Mexico, where it supports equipment that collects data on wave height and wave period, wind speed and direction, currents, air temperature and barometric pressure.

Data collected by the platform are useful for monitoring events like red tides or harmful algal blooms. Wind measurements help scientists to forecast where blooms go, while wave data let them predict where organisms may wash up on beaches. When strong wave actions occur, researchers can also guess that more bottom-dwelling creatures may be whipped up higher in the water column.