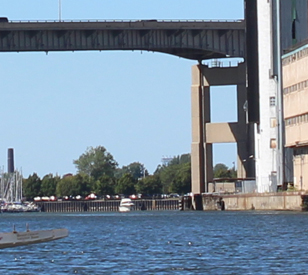 Over the course of several years, the U.S. Army Corps of Engineers (USACE) and U.S. Environmental Protection Agency have worked with many governmental and nonprofit partners in addition to different companies to complete dredging work in a shipping channel of the Buffalo River that runs into Lake Erie. This channel, like other stretches of the river, has a history of industrial use that has contaminated its sediments.

But getting to the point of being able to stow the sediments away takes more than just dredging them out and dumping them. It also requires around-the-clock monitoring of the effects that the dredge operations have on water quality in the Buffalo River.

To meet those monitoring requirements, government agencies have worked with various environmental consultants who provide such tracking services. Those companies, including Ryba Marine Construction, typically source the equipment they need from manufacturers like NexSens Technology. 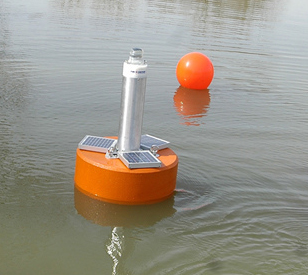 In past projects, Ryba Marine had already obtained multiple NexSens MB-300 Data Buoys. So when the company was awarded the monitoring work, the equipment needed was already on hand. Reusing some of the NexSens buoys they had, as well as their associated data loggers, provided the company with more value over time, as it was possible to complete the Buffalo River monitoring work without expending additional monies on new equipment.

The buoy platforms were well-suited for performing in the conditions in the stretch of river near Lake Erie. These include decent wave actions, as well as medium depths and a relatively tight operating area, as the channel is not very wide. In addition, the size of the buoys made it possible for Ryba Marine project managers to deploy them from a single boat, an important factor for getting the job done efficiently.

Two buoys were used in the work, with one deployed upstream and another downstream of the dredging operations as they progressed. On the bottom side of each buoy, a YSI 600OMS Optical Monitoring Sonde was used in conjunction with a YSI 6136 Turbidity Sensor to measure the river’s turbidity, temperature and conductivity. The sondes report to NexSens SDL500C Submersible Data Loggers, housed within each buoy, that transmit findings to project managers as they come in using cellular telemetry.

The real-time measurements are displayed on a NexSens WQData LIVE Web Datacenter that lets anyone involved with the project check operations online. In addition, the datacenter also supports alerts to keep Ryba Marine managers aware of conditions as they change, regardless of where they are. If turbidity levels reach 100 NTU, email and text message notifications are automatically sent to the crew members’ personal devices, allowing them to make necessary changes to dredging activities to protect aquatic life in the shipping channel.

A third YSI 600OMS Optical Monitoring Sonde, using the same sensors as the other two, is manually deployed up and down the dredging area with a YSI 650 Multi-Parameter Display handheld. The spot-check measurements are used as a comparison point for those reported by the buoy-mounted sondes, letting managers know when maintenance, such as sensor calibration or replacement, is needed to keep data accurate. 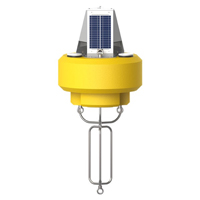