A New Kind of Sentinel on Lake Superior 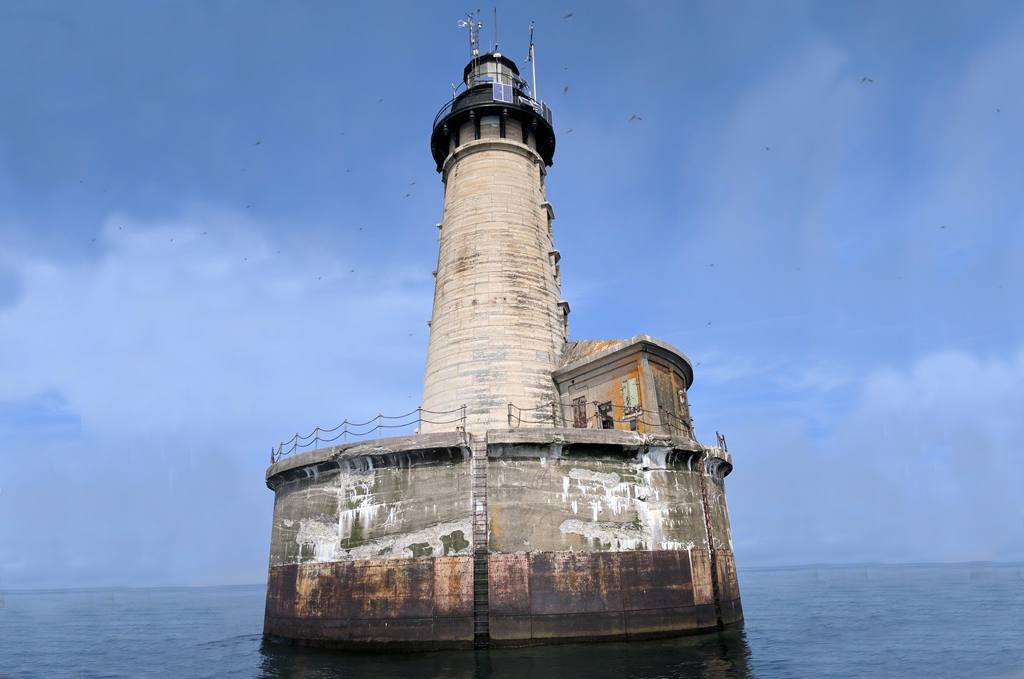 For more than 100 years, the Stannard Rock Lighthouse has kept a watchful guard over Lake Superior. But now, a new weather buoy is joining the watch in a remote part of Lake Superior, providing much-needed weather data to local mariners, the National Weather Service (NWS), and researchers.

Scientists from the Superior Watershed Partnership (SWP), Lentic Environmental Services (LES), and the University of Colorado-Boulder deployed the buoy on the lake in 2017. Since then, it has provided continuous data from one mile north of the lighthouse.

A popular yet potentially hazardous spot

This portion of the lake has recreational, cultural, and scientific importance. Built on a large reef in a remote part of the lake, the light is among the most popular trout fishing and charter boat destinations on the Great Lakes.

In 1984, NOAA placed a weather station on the light, which a Great Lakes Evaporation Network (GLEN) monitoring site joined in 2008. Over the years, the weather data collected at Stannard Rock has also been very useful for recreational boaters who plan to make a safe, informed fishing trip to the site.

But the weather stations at the lighthouse were not able to provide any direct observations of wave conditions. There were also weather differences due to the height of the existing instruments, which were placed at roughly 114 feet above the lake’s surface—a difference that means the data does not always represent conditions on the water.

“There is a lot of recreational boating traffic traveling offshore to a very vulnerable location for marine hazards in Lake Superior, like high winds and waves,” says Matthew Zika, the Warning Coordination Meteorologist from the National Weather Service office in Marquette, Michigan. 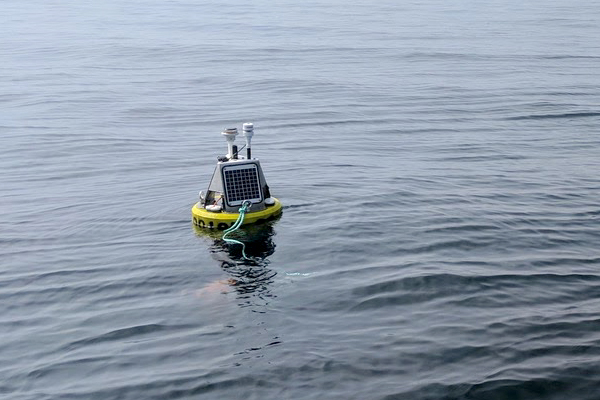 The Great Lakes Observing System (GLOS) funded SWP and CU-Boulder to upgrade a weather buoy previously used on a lake in Alaska for the Stannard Rock area. The goal was to meet this challenge and the pain points it presented:

In August 2017, Dr. John Lenters, a climate scientist and limnologist with LES and Northern Michigan University (NMU) who consults with SWP, led a small team that deployed the Nexsens CB-150 buoy in the water near the lighthouse as the best solution to this problem. The existing lighthouse equipment included a Campbell Scientific meteorological station and eddy covariance tower, which measures lake evaporation and surface heat fluxes.

To achieve the right fix on the water, the team customized a NexSens CB-150 Data Buoy with instruments. The buoy is equipped with an Airmar weather sensor, Seaview wave sensor, and Nexsens water temperature sensor.

It collects data on air temperature, surface water temperature, wave frequency, wave height, and wind speed and direction. The data are transmitted by satellite and posted in near real-time to the GLOS and National Data Buoy Center (NDBC) websites for the public to access.

“This is the first time that wave height and surface weather observations have been available from this area of the lake,” said Dr. Lenters.

The monitoring platform now collects data every 15 minutes. If interesting weather observations are any indication, the Stannard Rock buoy is probably here to stay. In fact, the data are already proving helpful.

“One of the things we’ve been seeing is that the timing of current wave forecasts have occasionally been off by close to six hours when compared with the buoy data,” says Lenters. “High wave events are often coming in sooner than the National Weather Service models predict.”

The buoy has also been reliable, surviving a high-wave event, when 10-11 foot waves were observed at Stannard Rock. This means boaters are able to access accurate weather data, easily, online, come what may.

The NWS uses atmospheric models to predict weather, and couples these with wave models on the ocean and Great Lakes to predict wave height. Model verification data comes from several weather monitoring stations, as well as upper air and satellite observations.

The new Stannard Rock buoy is now a part of this network.

“The data from the buoy has proved to be very valuable in our operations,” said Zika. “Having a wave monitoring data point near Stannard Rock plays an important role in our marine hazard decision making, messaging, and briefings to marine interests traversing Lake Superior.”

The buoy also has the potential to impact the weather models in the future.

“While it is still early, the data from the Stannard Rock buoy will be used as a validation/verification point against the wave model within the Great Lakes,” said Zika. “If any biases are apparent, it will allow for adjustments in the model to create more accurate forecasts.”

NexSens weather and wave monitoring equipment is custom-designed and built for your project. Reach out for expert advice on the best way to capture your data today. 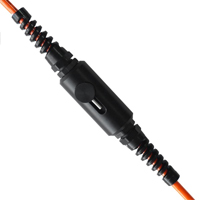 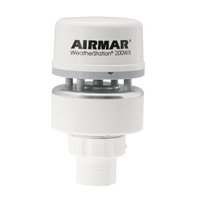 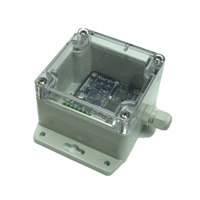 The SVS-603 Wave Sensor is a highly accurate MEMS-based sensor that reports heading, wave height, wave period and wave direction via RS-232 or logs to its on-board data logger.