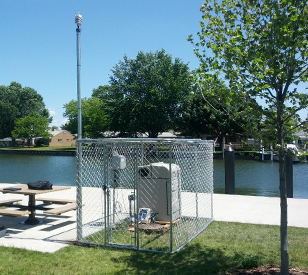 When planners sat down to put together designs for a parking lot in southeast Michigan, they intended for it to be the end of the road for cars traveling through a series of parks near Detroit. That’s why the parking lot turned out so large, covering 42-acres near Lake St. Clair. But instead of serving as a prime parking area, the planners soon found that drivers had begun utilizing surrounding freeways and the lot was left practically empty year round.

The giant lot, though it supports many seagulls that live around the lake, became a concern for park managers because of the runoff it contributes to Lake St. Clair. And since it sits largely empty, pushes from various community stakeholders came up that supported minimizing its size and installing green infrastructure around it to minimize impacts it had to the lake’s water quality.

The efforts eventually gained enough momentum and support to enter another planning stage, with park managers looking to install numerous vegetated bioswales to collect the parking lot runoff. The bioswales would direct runoff to a series of wetlands to be constructed between the minimized lot and Lake St. Clair, with hopes being that the wetlands would clean runoff before transferring it into the lake.

Funding from the Great Lakes Restoration Initiative was awarded to the Huron-Clinton Metropolitan Authority to support the work. As required by the GLRI, the work had to have a monitoring component to show parking lot runoff conditions before the greening as well as how they fared after it was completed. The monitoring work is being overseen by scientists at Wayne State University.

To approach measuring the parking lot runoff, Wayne State researchers worked with NexSens Technology to come up with a system that would cover all the important parameters they needed to track. 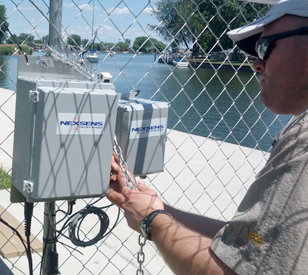 A NexSens iSIC Data Logger with cellular telemetry was chosen for its abilities to record the data and then transmit them back to researchers in real time. The logger was mounted, along with other monitoring equipment, in a steel cage along Lake St. Clair’s shore to provide protection from wildlife and vandals. The cage also fenced off an open manhole through which sensors were placed to directly study runoff as it entered the lake.

Sensors tracking runoff include a YSI 6920 V2-2 Multi-Parameter Water Quality Sonde that logs parameters like temperature, conductivity, pH, dissolved oxygen and turbidity. This is complemented by a Hach Sigma SD900 All Weather Refrigerated Sampler that works in combination with a Hach Sigma 950 Flow Meter. All of the sensors work together to dissect the parking lot’s runoff, and are set up to automatically begin sampling any time it rains.

A Vaisala WXT520 Multi-Parameter Weather Sensor is mounted above the cage structure at one corner and measures weather conditions including wind speed and direction, rainfall, barometric pressure, temperature and relative humidity. These measures are important for validating when the other sensors are turned on to sample, as well as for tracking how weather changes affect the parking lot runoff.

As the lot’s remodel is nearing completion, Wayne State scientists have collected data leading up to and going through the construction period. They are continuing to gather data after completion that will show impacts that new green infrastructure and the lot’s reduction are having on runoff entering Lake St. Clair. 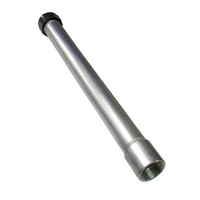 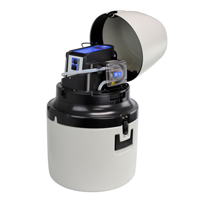 The ProSample P is a portable discrete or composite sampler with optional SDI-12 connectivity designed for use in surface water, stormwater, and wastewater applications.