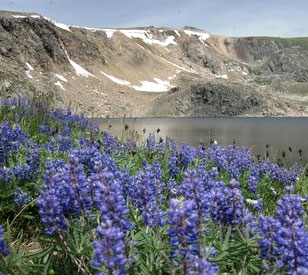 The Beartooth Mountains, within the central U.S. Rockies, are home to more than 3,000 mountaintop lakes. Because of their high altitudes (between 5,000 and 11,000 feet) and the resulting extreme cold and deep snowpack, the lakes stay frozen for up to 10 months per year. These climate conditions make the lakes sensitive to external environmental factors. They are often called “sentinel lakes” because they are early indicators of impacts caused by climate change and pollution.

To the passerby, the lakes may appear pristine, but nitrogen deposition from cities throughout the western U.S. has been slowly entering them through snow and rain. The accumulating nitrogen feeds algae growth and alters the aquatic ecosystems.

To learn more about these sensitive ecosystems, researchers from Miami University of Ohio deployed a data buoy in Heart Lake, a remote alpine lake just inside Montana’s borders. This “sentinel lake” lies at an elevation of 10,350 feet and is located in a small granitic watershed, in which steep walls shelter water deeper than 100 feet.

Heart Lake is unusual compared to typical alpine lakes. While most in the region are low in both dissolved organic carbon (DOC) and chlorophyll (an indicator of algae), Heart Lake contains unusually high concentrations of chlorophyll. Levels are often as high as 15-20 µg/L, compared to the average of many lakes in the region of about 1.5 µg/L. The high concentration in Heart Lake is more commonly found in Midwest agricultural reservoirs than Montana cold mountain lakes.

Unique buoy for a unique location 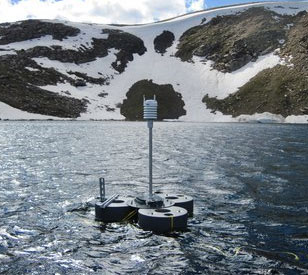 Because of challenging terrain, lack of roads, and thin air, the mountain lake research required a unique monitoring solution; all equipment had to be carried to the site in backpacks. And since the deployment was in a National Forest, the buoy also needed to have a low profile.

NexSens Technology assisted graduate students at Miami in designing and building components for a mobile buoy that was both light and modular. Instead of the traditional 70-pound pyramid weights, for instance, anchors were fashioned from sleeping bag stuff sacks filled with shoreline rocks. The final buoy weighed just 35 pounds.

Scientists deployed the buoy in the summer of 2010 and visited the lake weekly throughout the season, collecting manual samples, changing data logger batteries, and calibrating sensors.

The data showed that Heart Lake changes rapidly once the ice cover melts. For example, the YSI sonde measured chlorophyll concentration increasing from less than 5 µg/L to more than 11 µg/L within a week, then dropping to 2 µg/L until the buoy was removed in late August. This suggests the high chlorophyll concentration may be stimulated by nutrients in the watershed that enter the lake during snowmelt. 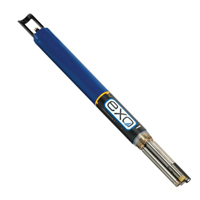