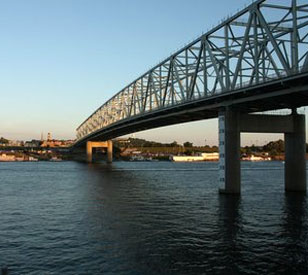 Seventy tons of toxic carbon tetrachloride made its way down the Kanawha and Ohio Rivers in February of 1977. The spill raised tremendous concern over how well the bevy of recently instated environmental laws were actually being enforced. Citizens had no way of knowing for sure whether such harmful compounds would be entering their drinking water.

Residents of the affected area for the most part only learned of the hazardous spill after the worst of it had already passed downstream. It appeared as if one of the four operations authorized to make carbon tet discharges on the two rivers had illegally exceeded its NPDES permit, and an Environmental Protection Agency investigation discovered the responsible company had a history of 20 previous spills of the harmful and carcinogenic compound. Widespread confusion in the Cincinnati area during the spill left many citizens worried; some were told they had to boil their water to keep it clean, while others were warned the compounds would generate noxious fumes.

The catastrophe made it apparent that a system needed to be in place to detect such dangerous organic compounds early on and alert necessary officials before it was too late to respond.

This event led to the Ohio River Valley Water Sanitation Commission’s creation of a multi-state Organics Detection System (ODS) in 1978. The commission (ORSANCO) implemented a network of gas chromatographic units that were strategically placed at water utilities in the Ohio River valley basin to monitor for source water contamination caused by volatile organic compounds.

The system has since detected volatile contaminants from numerous unreported spills and releases. Station operators, as well as state and federal agencies, report these detections to downstream utilities.

The ODS has been maintained and upgraded for the protection of vulnerable drinking water supplies. ORSANCO sought to enhance the ODS in 2010, and the commission contacted NexSens Technology to implement a new communication network and data management system.

Bringing the ODS up to date 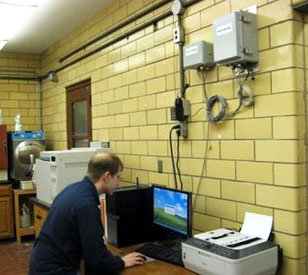 NexSens worked with ORSANCO to replace existing ODS sites that previously used 56K telephone modems with high-speed Ethernet and cellular telemetry data loggers. NexSens iSIC (Intelligent Sensor Interface and Control) data loggers were installed at 13 locations along the Ohio River, in addition to a site at the ORSANCO headquarters.

With this real-time, centralized monitoring network in place, ORSANCO staff is able to alert utility managers and other officials quickly when water quality issues arise.