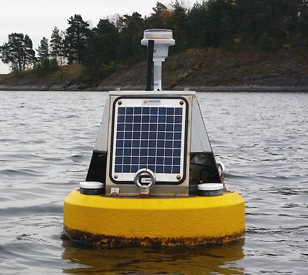 Not far from Oslo, Norway, a massive effort is underway to expand a public beachfront. The work is taking place along an area of Oslofjord called Kadettangen, a small peninsula that juts out into the bay.

Once the work is finished, public officials expect that the new beach area, along with other enhancements planned for the peninsula like bike paths and volleyball courts, will help attract visitors from near and far.

So far, project engineers working to expand the beachfront have been trucking in large rocks and boulders from a nearby tunnel construction project. These are laid in the bay to form support for the new beaches. Meanwhile, monitoring efforts around the work are headed up by Cautus Geo, an environmental consultant, to make sure the project has minimal impacts to aquatic life. 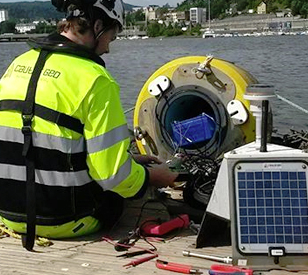 Because of all the work near the bank to build out new land areas using boulders, a turbidity curtain has been deployed in the harbor. This helps to mitigate the movement of stirred up sediment from the bay’s bed as work progresses.

Around this curtain, Cautus Geo has deployed two NexSens CB-150 Data Buoys. These platforms were chosen because of their suitability to the harbor’s wave and weather conditions. In addition, they have small footprints that make deploying and moving them around easier than larger platforms

The buoys are equipped with data loggers, sourced by Cautus Geo, that sit within each CB-150’s instrument well. These are powered by three topside solar panels on each buoy and connected to water quality sensors below.

On the bottomside, Eureka Manta2 multi-parameter sondes record measures of the bay’s temperature, conductivity and turbidity, among other parameters. These measurements are transmitted to project managers via cellular telemetry and displayed to them on Cautus Web, a data management system developed by Cautus Geo.

With knowledge of turbidity levels around the bay available to them in real time, project managers can adjust operations as needed to protect aquatic life from the effects of high turbidity, such as low dissolved oxygen levels. 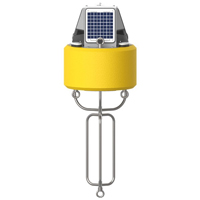