Only a subset of the available sensor scripts loaded onto each X2 logger is enabled to run by default. Using CONNECT, it is possible to set which sensors are scanned during detection to reduce completion time or to enable less common sensors. 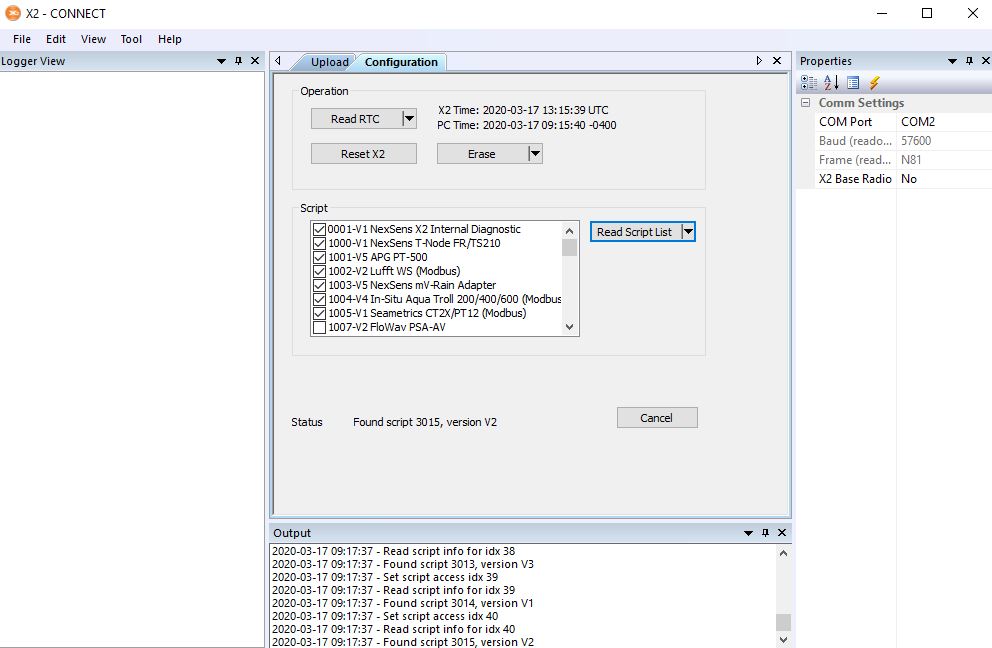 Script list from the X2, indicating which are loaded on the SD card and which are set to run.

Save the enabled detection scripts to the X2. 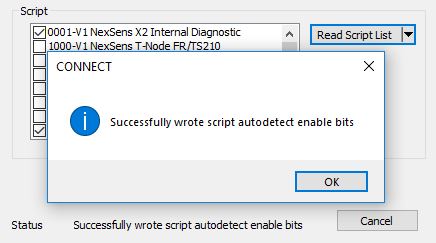 In certain situations, it may become necessary to add a new or updated sensor script to the X2. In this instance, NexSens will provide the script file, which is transferrable to the X2 through CONNECT. 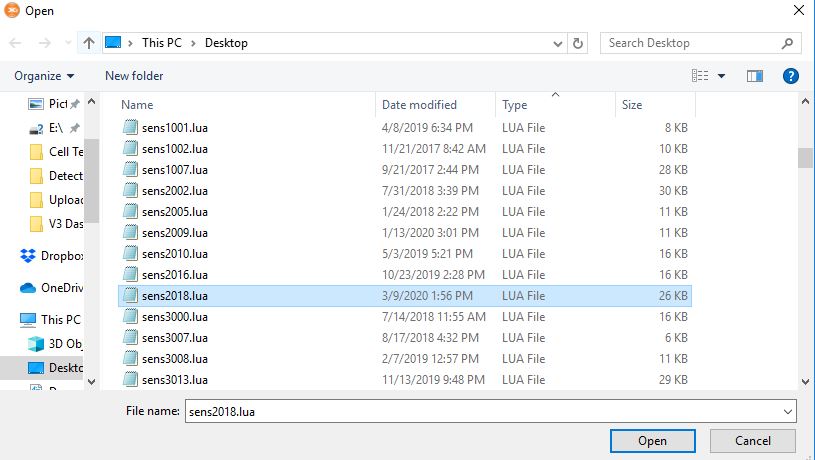 Select the new/updated script file to add to the X2.

Confirm that the script should be sent to the X2.

Enable the new script to run.