The UW6-BB uses two NexSens A01 batteries connected in parallel. Replacement batteries can be purchased from NexSens technology, or comparably-sized 12V SLA AGM-type batteries can be sourced locally and substituted in their place. 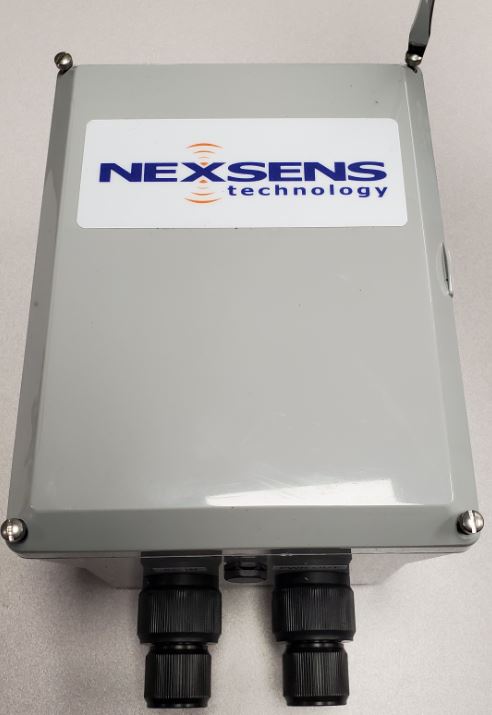 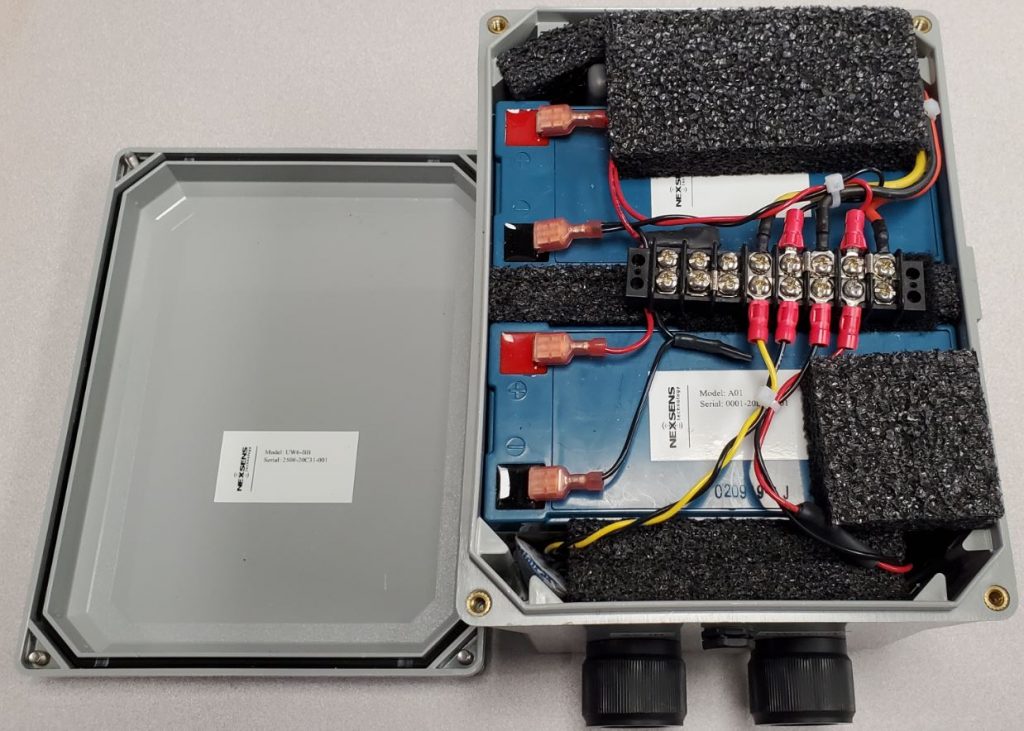 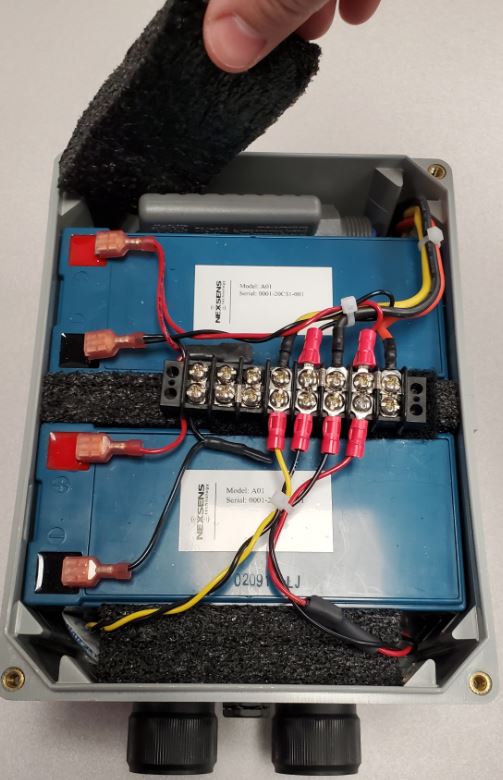 Remove the two foam spacers on top of the batteries and the piece behind the charge regulator. 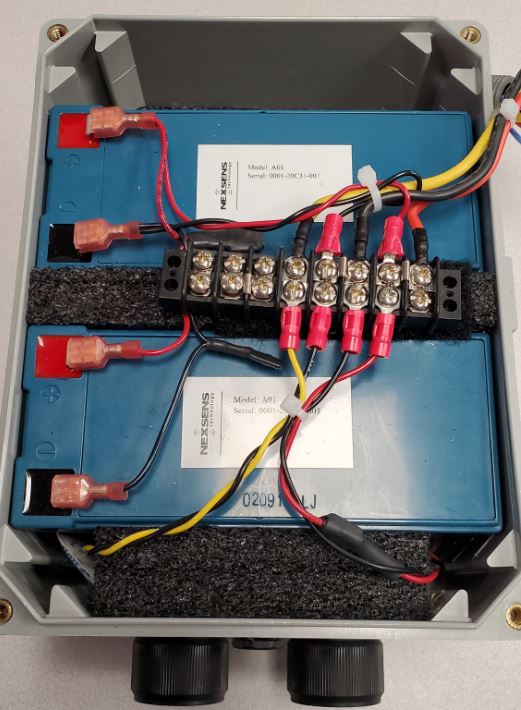 Lift up regulator and set it aside to provide more space to access the battery. 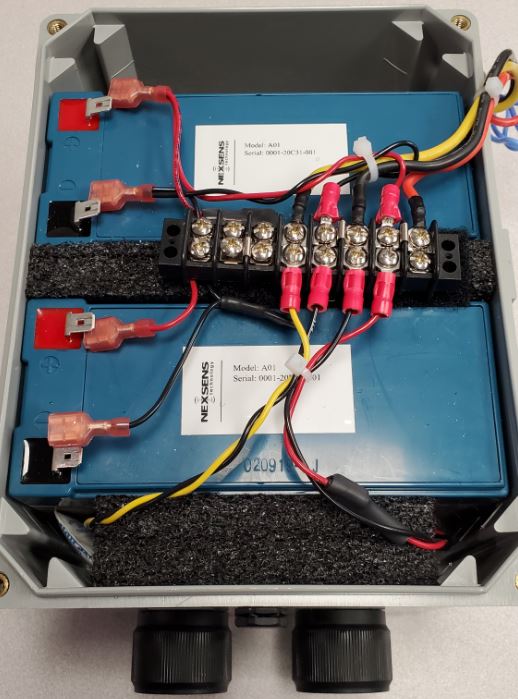 Remove the AC adapter plug from the box and disconnect all battery leads to remove power. 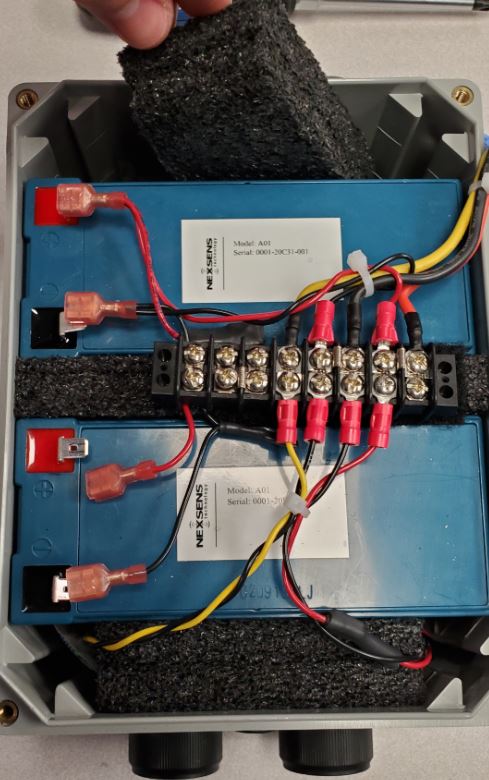 Remove the piece of foam from the top battery. 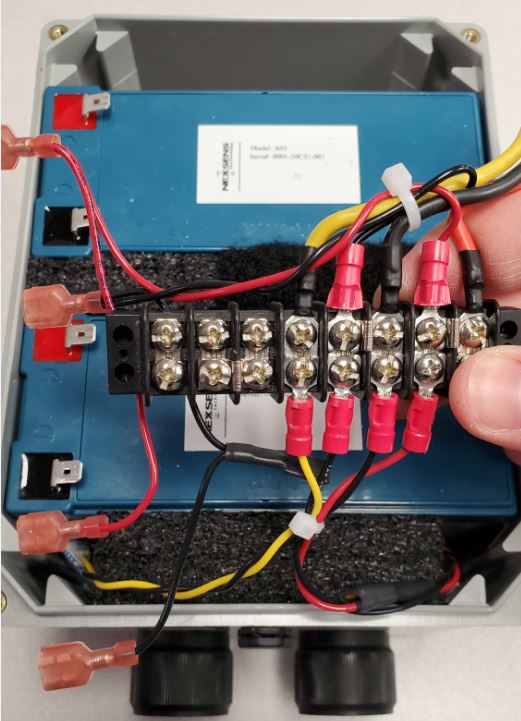 Lift up on the terminal strip separate it from its velcro pad. 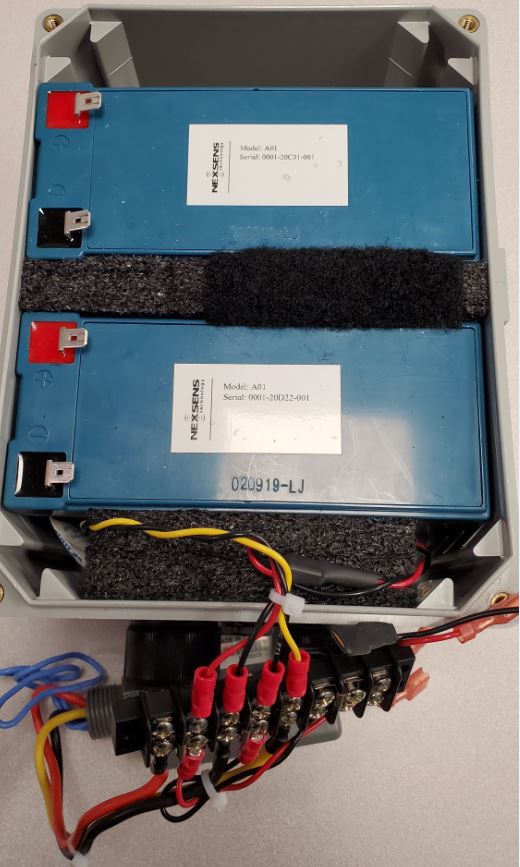 Lift the terminal strip and set it aside for easier battery access. 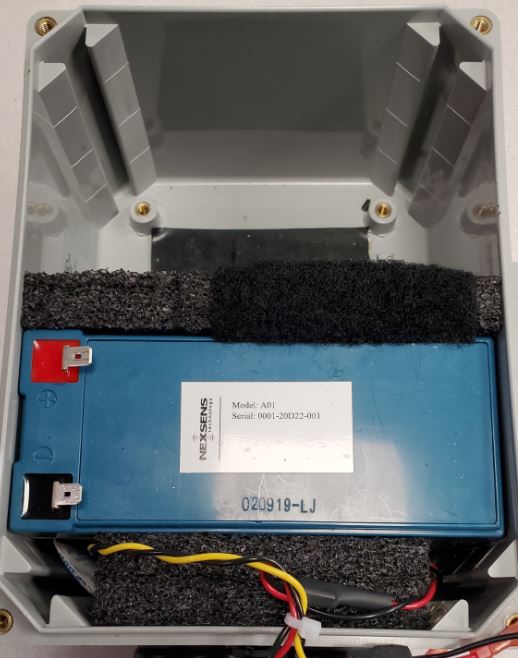 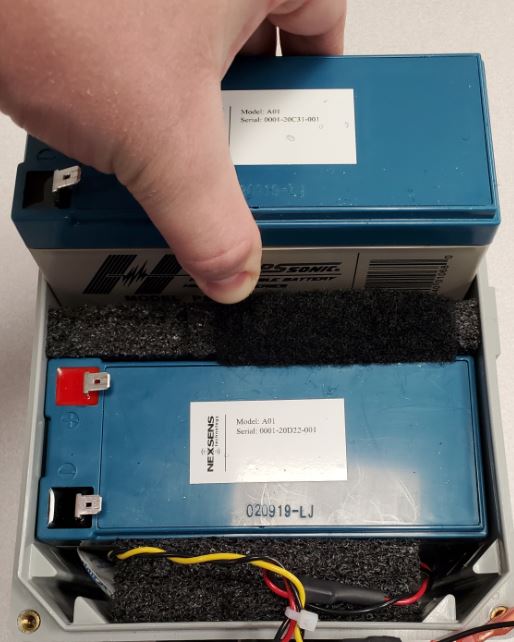 Insert the new batteries in the same orientation as the originals. 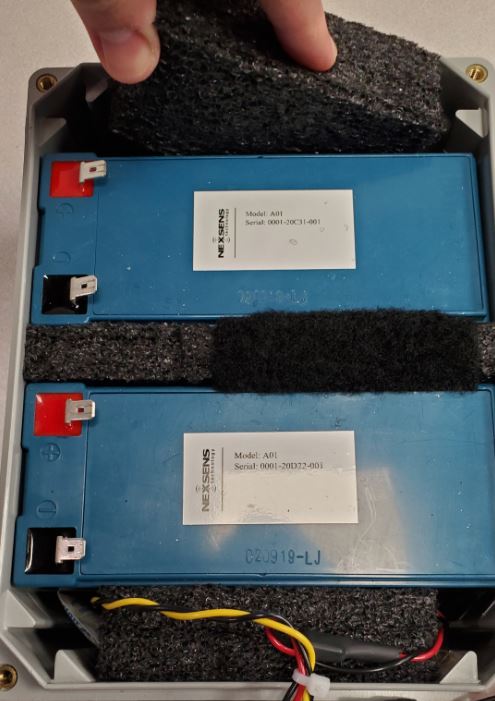 Replace any battery spacing foam pieces that were removed. 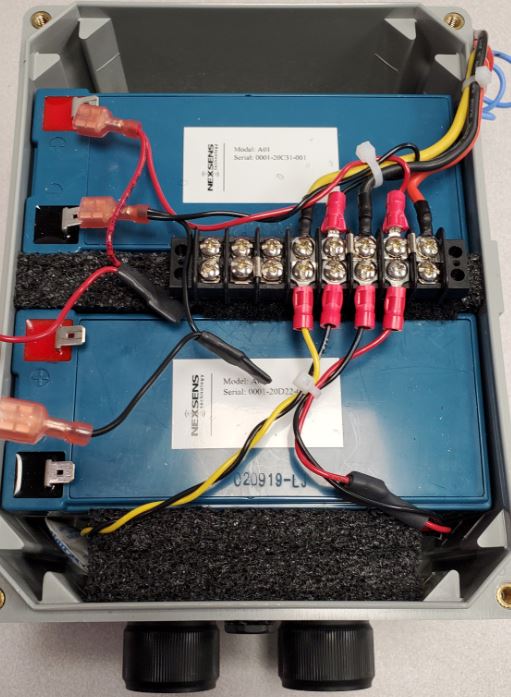 Set the terminal strip back into its original position on the velcro strip. 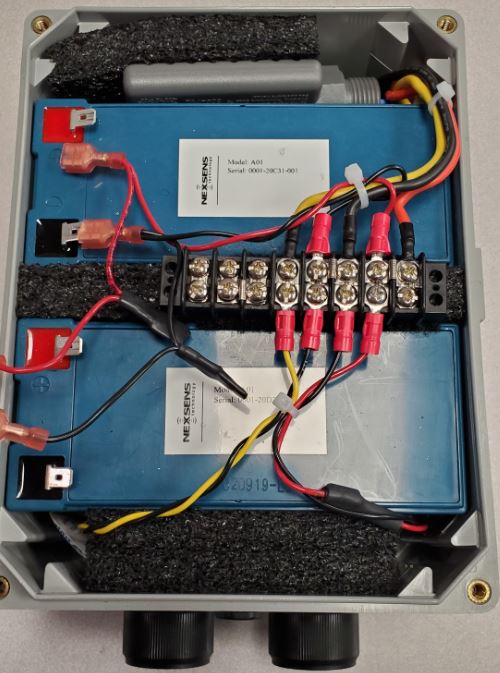 Set the regulator and foam back into the top of the enclosure. 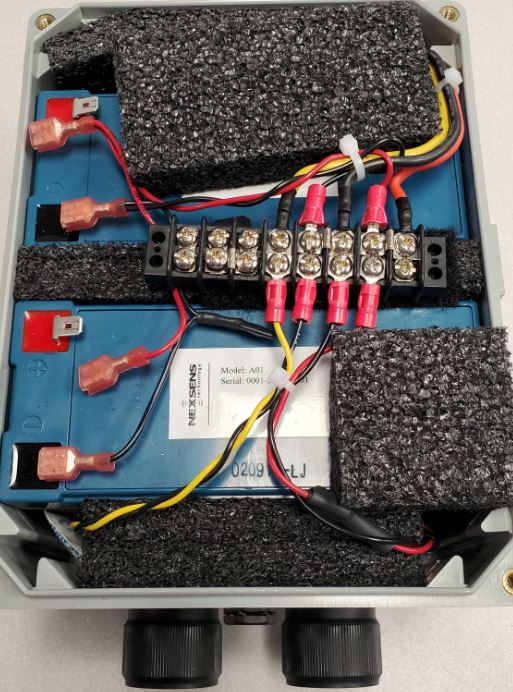 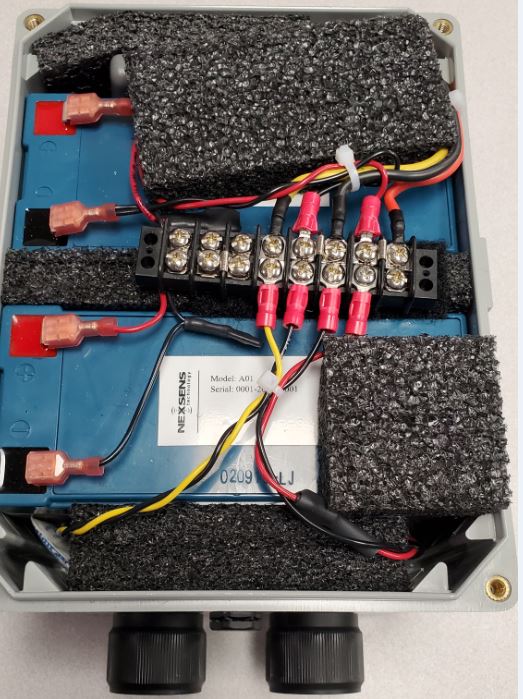