The SP32 uses two NexSens A01 batteries connected in parallel. Replacement batteries can be purchased from NexSens technology, or comparably-sized 12V SLA AGM-type batteries can be sourced locally and substituted in their place. 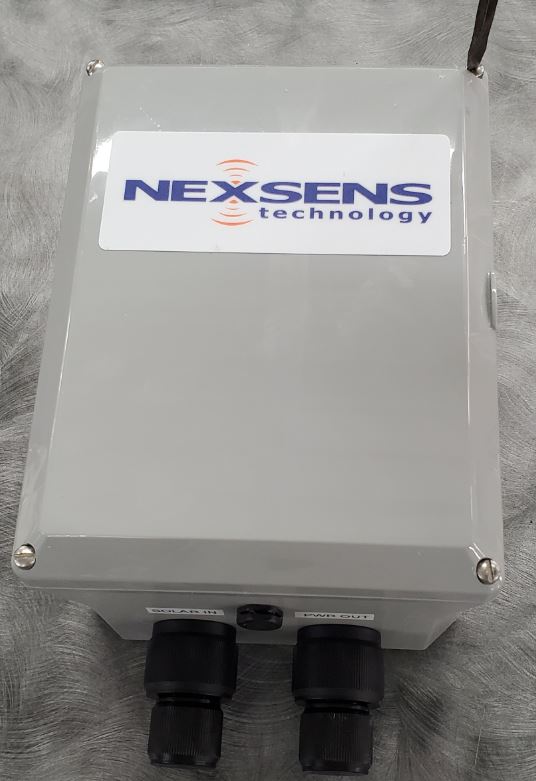 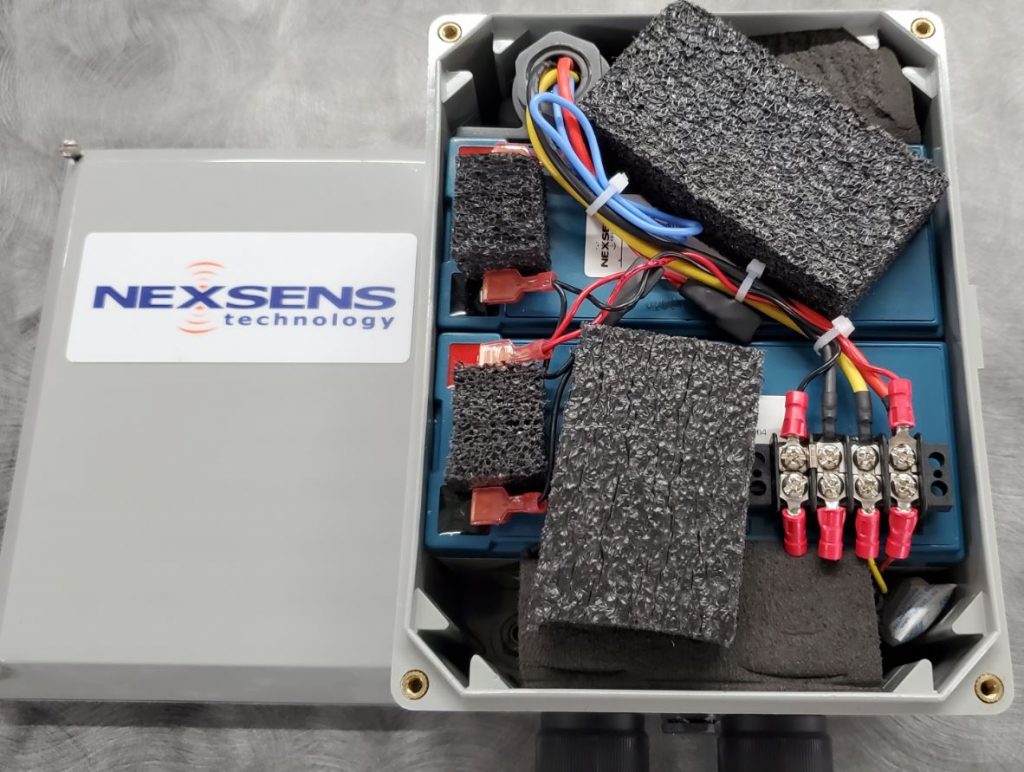 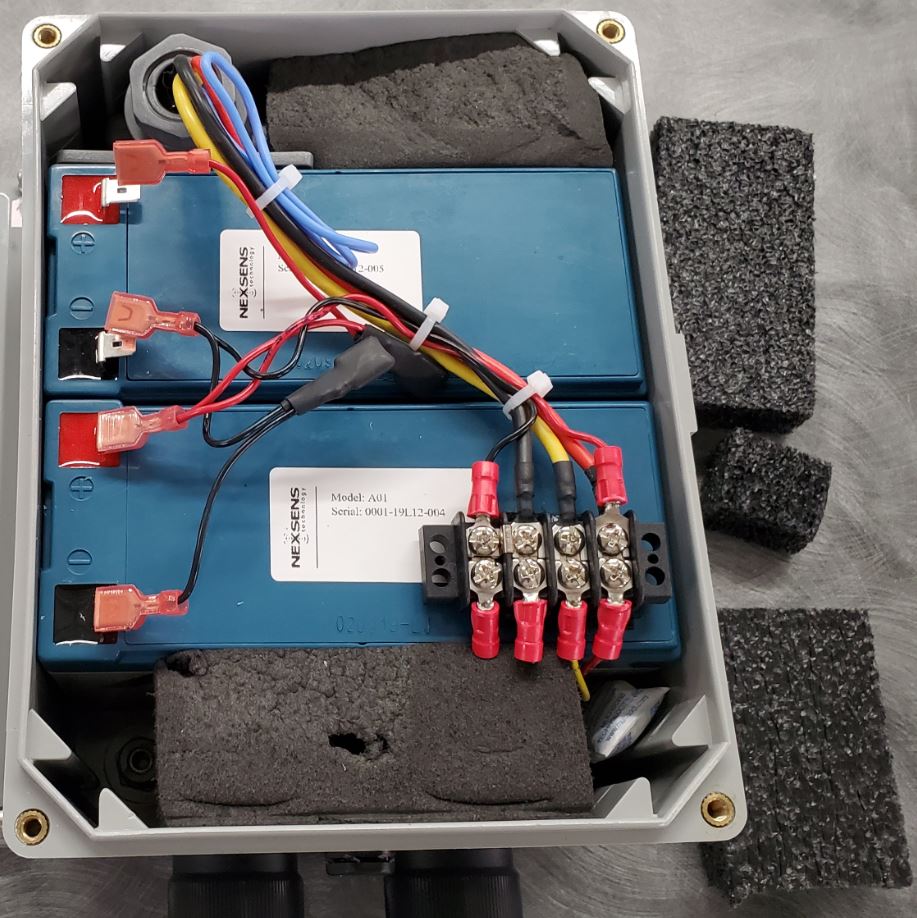 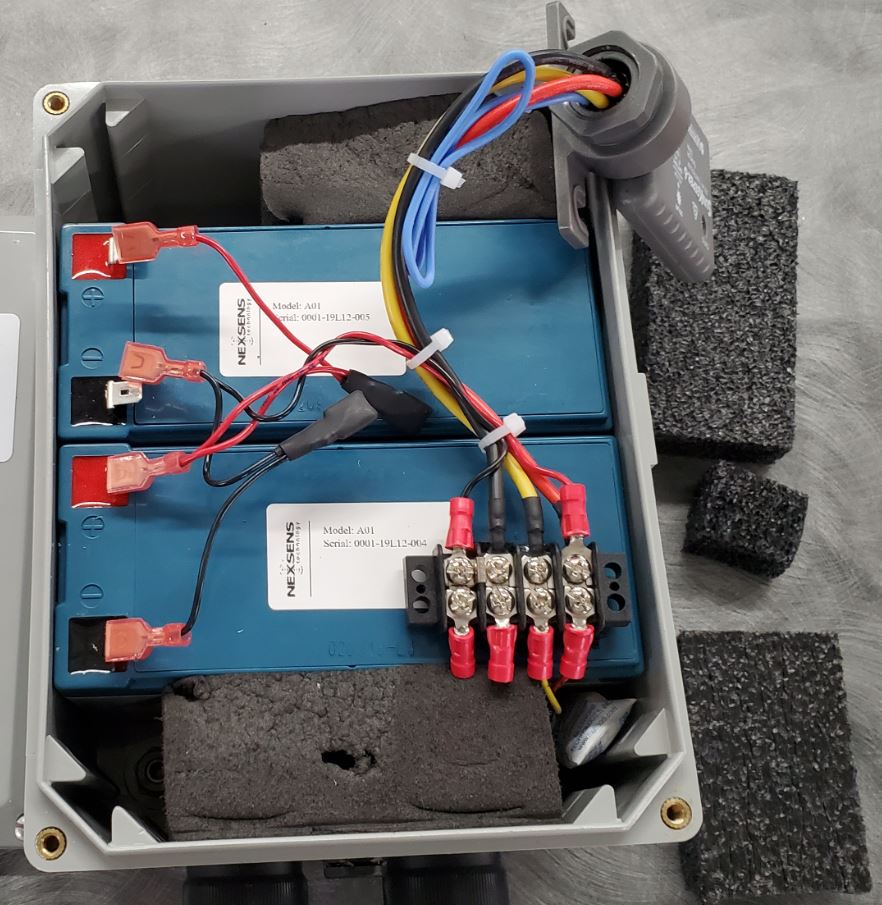 Disconnect required battery leads and move the solar regulator to the side. 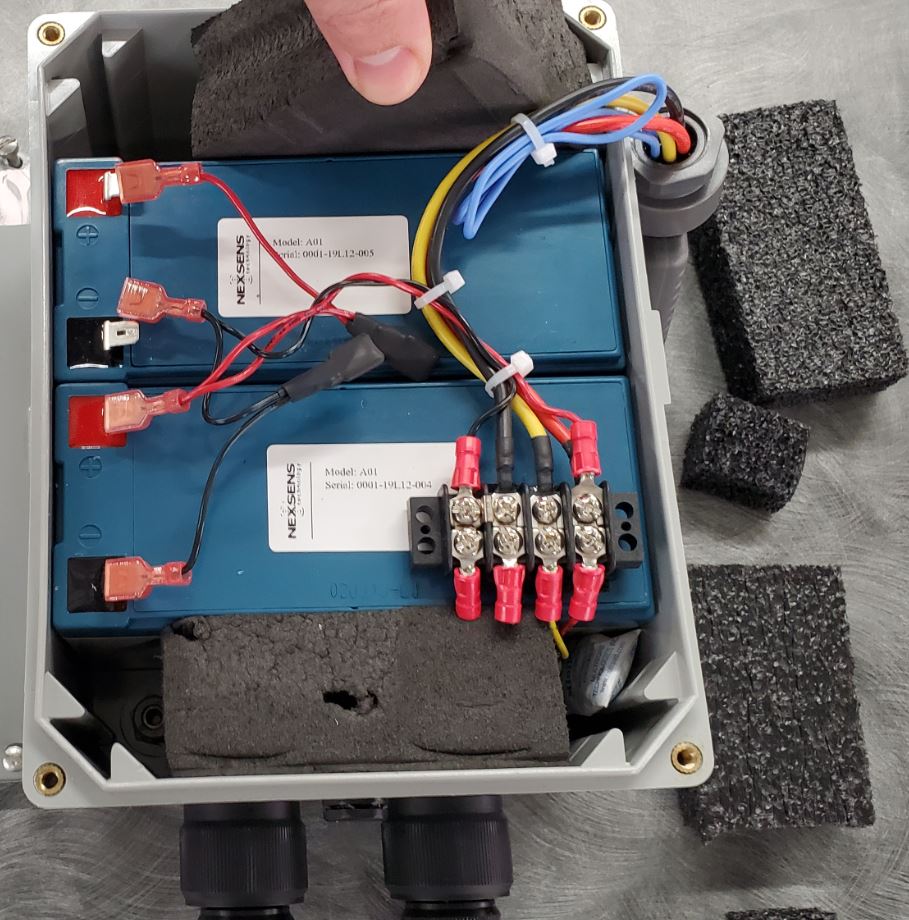 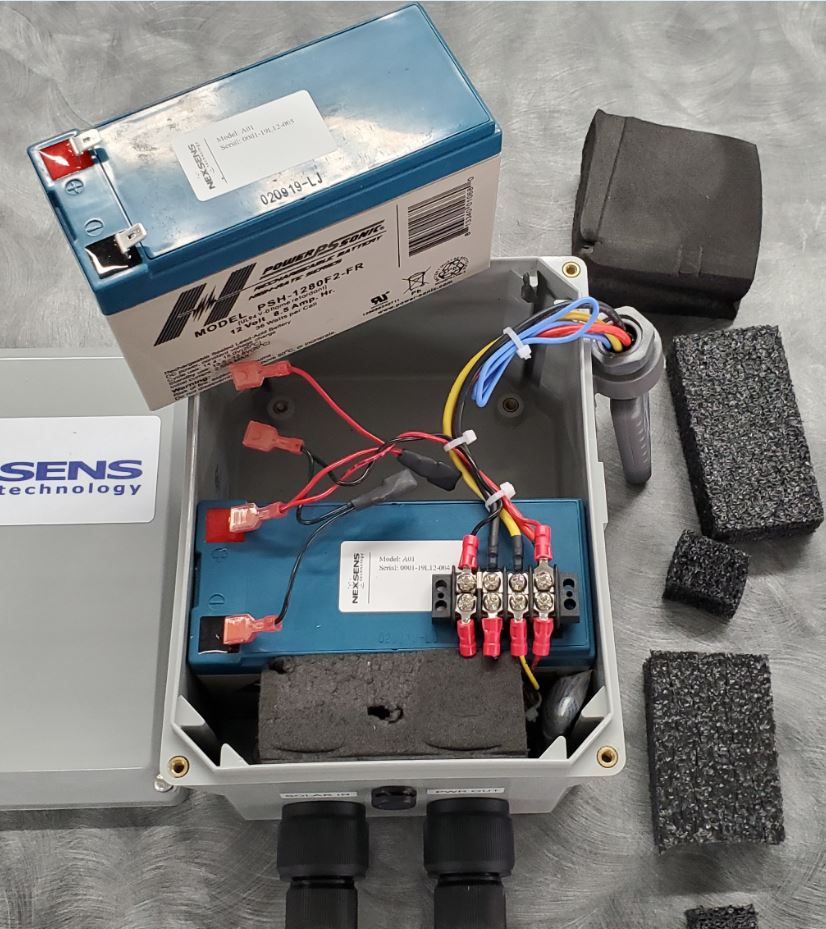 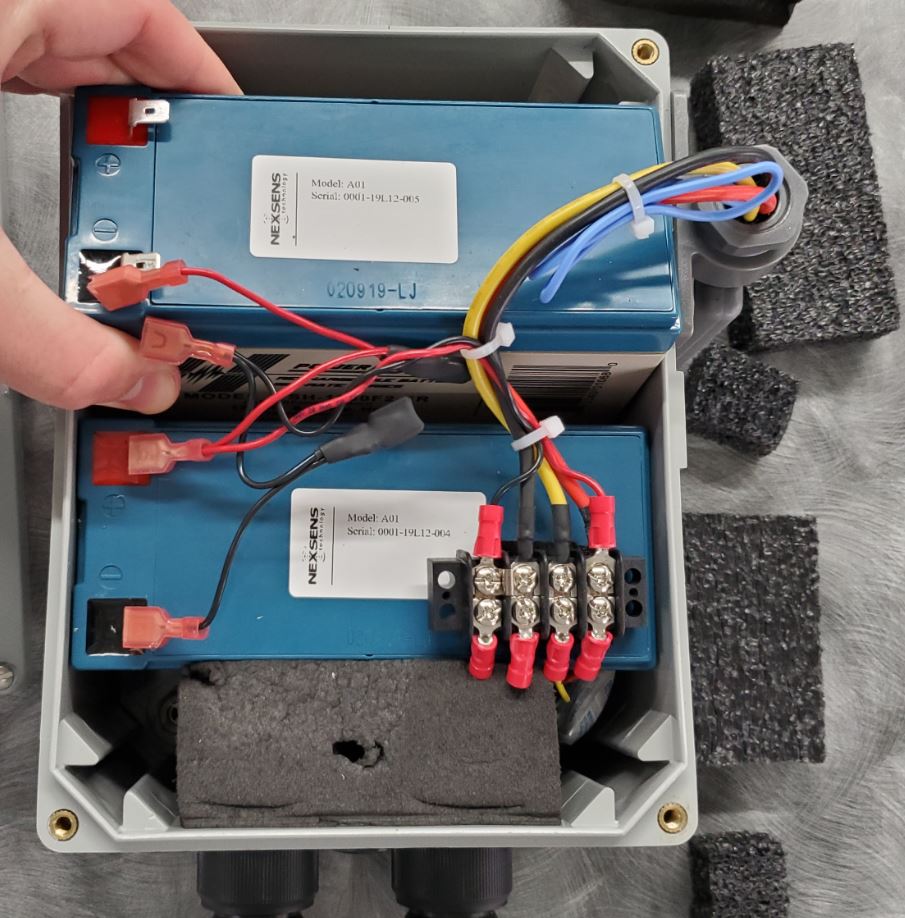 Set the replacement battery inside the box. 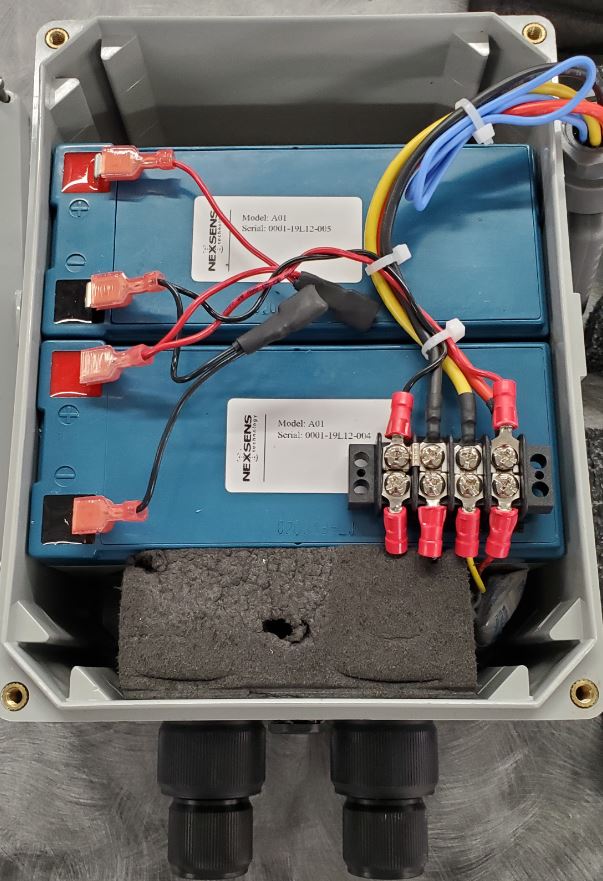 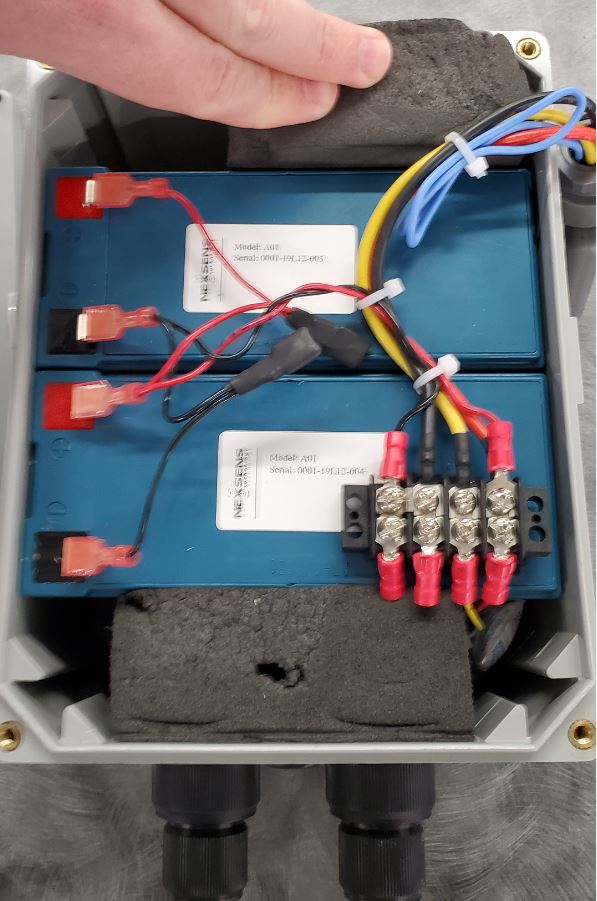 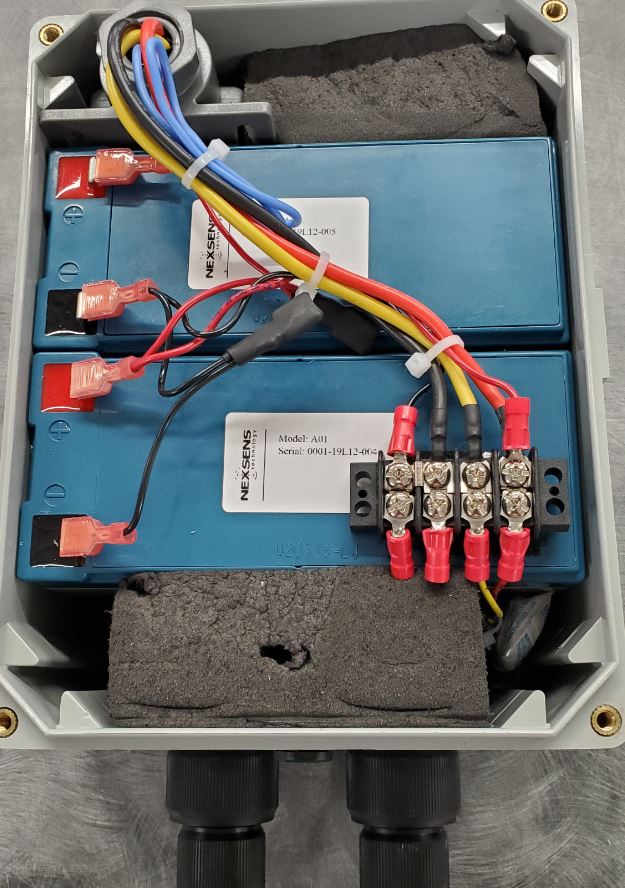 Seat the solar regulator back inside the battery box.