The Chicago Park district is one of the largest municipal park managers in the nation with 8,100 acres of green space spread across 580 different parks. It also manages many indoor facilities, historical landmarks and beaches. At eight of its […]
Read More → 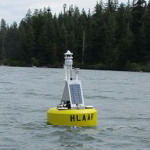 For some time, sockeye salmon weren’t able to reach Oregon’s Suttle Lake due to barriers along the Deschutes and Metolius Rivers that kept them out. But thanks to recent remediation efforts, the lake has recently been seeing more sockeye migrating […]
Read More → 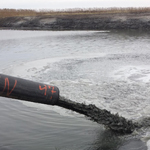 The Avalon Back Bay Maintenance Dredging Project, aimed to clear out portions of New Jersey’s Princeton Harbor and other surrounding harbors to maintain proper depths for shipping and recreation. The dredging project seeks to remove 120,000 cubic yards of material, […]
Read More → 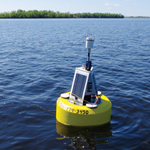 Despite Lake Nipissing’s popularity as a destination for tourists and fishermen in Ontario, Canada, relatively little is known about nutrient availability for algae that sometimes blooms there. Luckily, several investigators at the University of Saskatchewan and Nipissing University are working […]
Read More →

Though there are many data buoys floating around Lake Michigan, many of these are deployed in nearshore areas. There are still many offshore regions where scientists lack direct data from which to draw conclusions. One of these spaces is the […]
Read More → 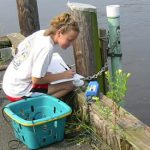 Because of the roles that shallow areas play in supporting the health of Chesapeake Bay, including serving as productive regions full of grass beds and nursery grounds for juvenile fish, managers with the Maryland Department of Natural Resources (DNR) are […]
Read More → 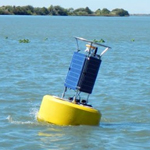 In 2010, a design for the Liberty Island Restoration Project was completed and implemented, creating open water channels, emergent tidal marsh lands and floodplain habitats to sustain water fluctuations. The work was done in an effort to help wildlife living […]
Read More → 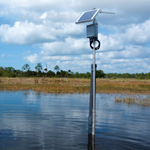 Wetlands the world over are important for a lot of reasons. For one, they are predicted to help buffer the effects of rising sea levels predicted alongside other effects of climate change globally. But on a more local scale, wetlands […]
Read More → 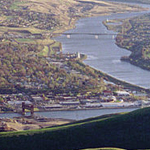 There are many major rivers flowing through the Pacific Northwest. Like others around the country, they are outfitted with various dams and reservoirs that are used to control their movements, provide energy and maintain drinking water supplies for those living […]
Read More → 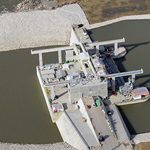 At four different sites along the Ohio River, American Municipal Power (AMP) Ohio is retrofitting old locks and dams operated by the U.S. Army Corps of Engineers to generate environmentally friendly hydropower. Many of these projects have broken ground over […]
Read More →
← Previous
‹1234›»
Next →